Fine Art Portraits in Stockholm under the cherry blossoms with an Swedish-Australian couple, shot on Kodak Portra 400 35mm Film

Cherry Blossoms are a rare sight and generally only bloom once a year, so they are the perfect setting for a loveshoot. That’s why S and C are probably the perfect couple for a session of fine art film portraits in Stockholm.

Shot on 35mm Kodak Portra 400 film, S and C, an Australian-Swedish couple, met in Stockholm after C moved from Australia. Love soon blossomed and they are proving that they are QUITE the couple.

It was a slightly chilly May morning in Stockholm and right before the Eurovision song contest was due to begin, so Kungsträdgården was not yet cordoned off to the public. Meeting me at 6am to avoid the crowds of tourists S and C kept each other warm with hugs and embraces and a little light exercise! haha.

It’s a wonderful thing to watch when a couple seem to really fit with each other and see how their movements move in time with each other. The intensity that S and C put out is immense and it was a real honour that they opened up to me on camera.

I love the way Kodak Portra has captured not just the gorgeous tones of the blossoms, but also the passion that s and C share with each other. Not to mention their killer dress sense and their instinct to understand what will translate well on emulsion. The contrast of their dark outfits to the soft blossoms is perfect.

Here are some images from their fine art film portraits with the cherry blossoms below. I hope you enjoy them. 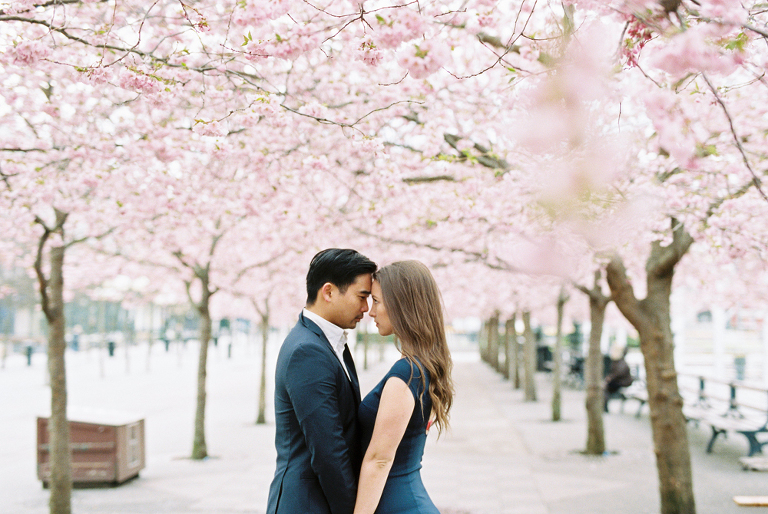 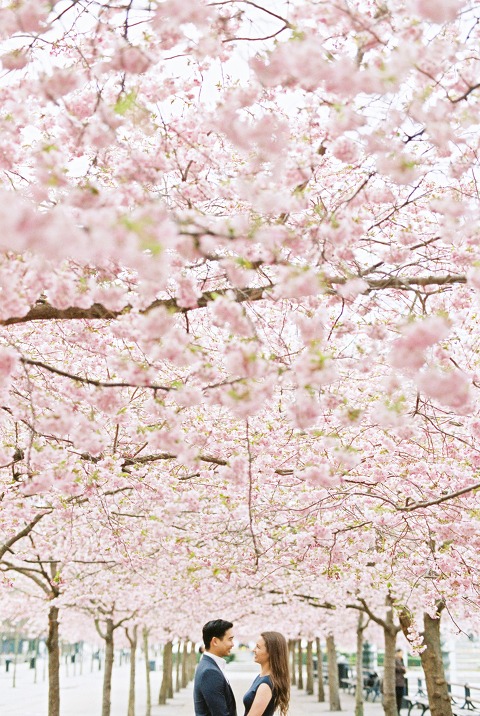 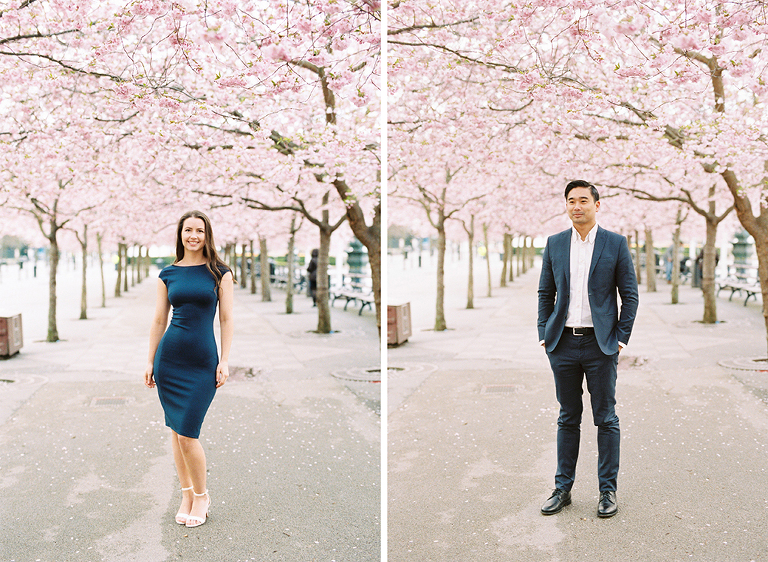 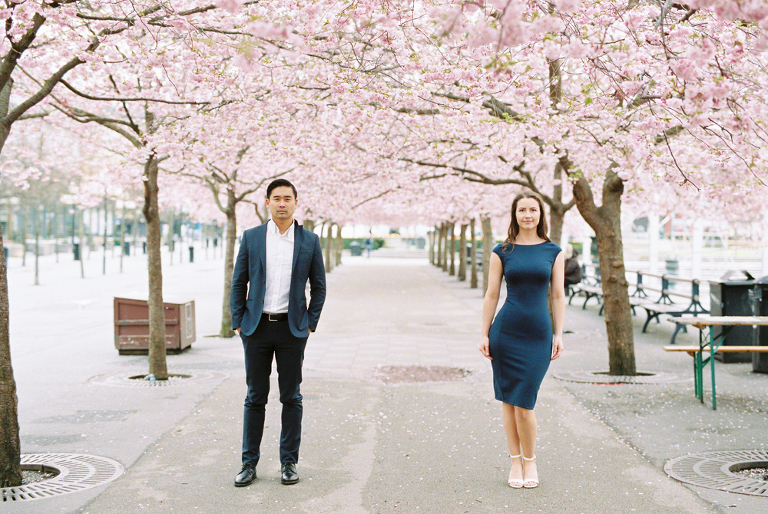 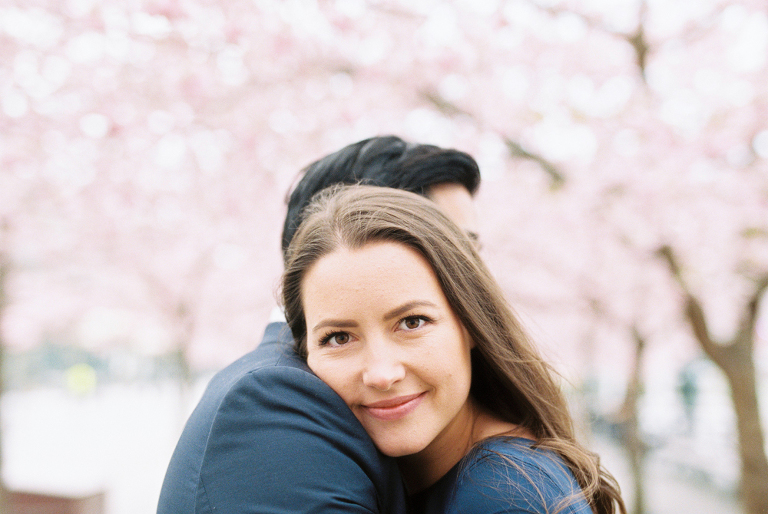 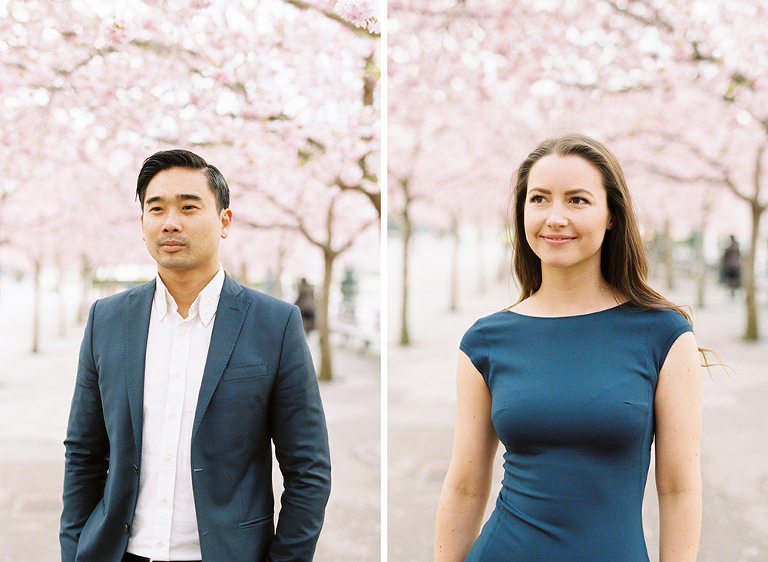 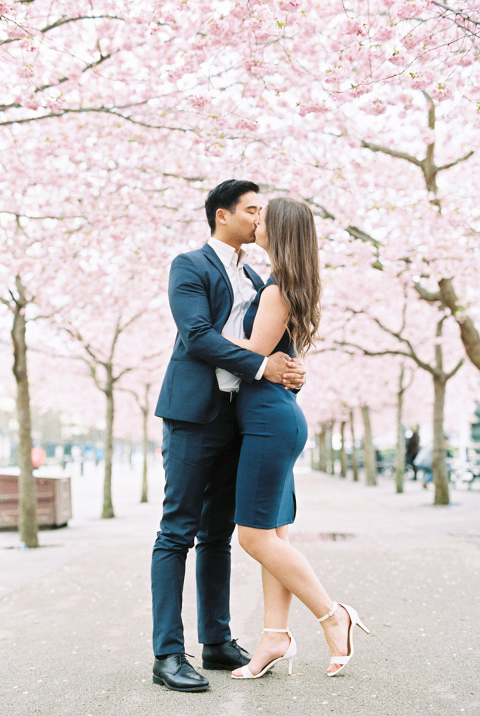 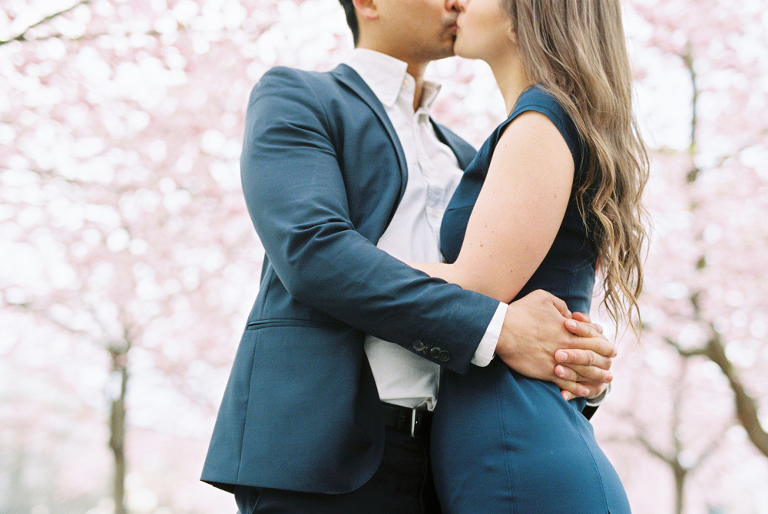 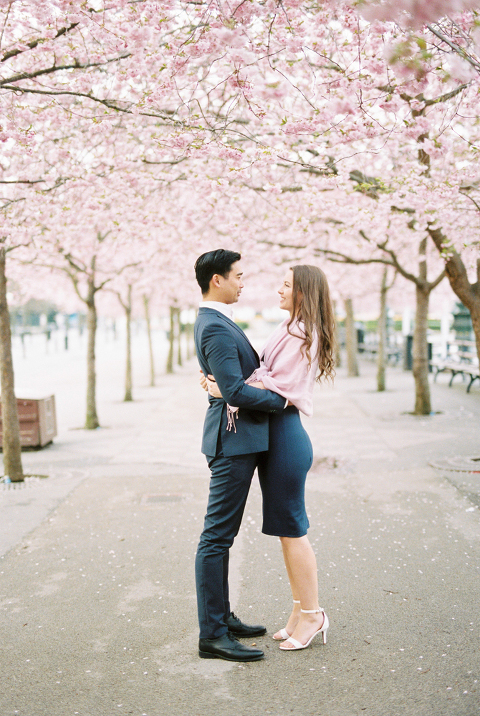 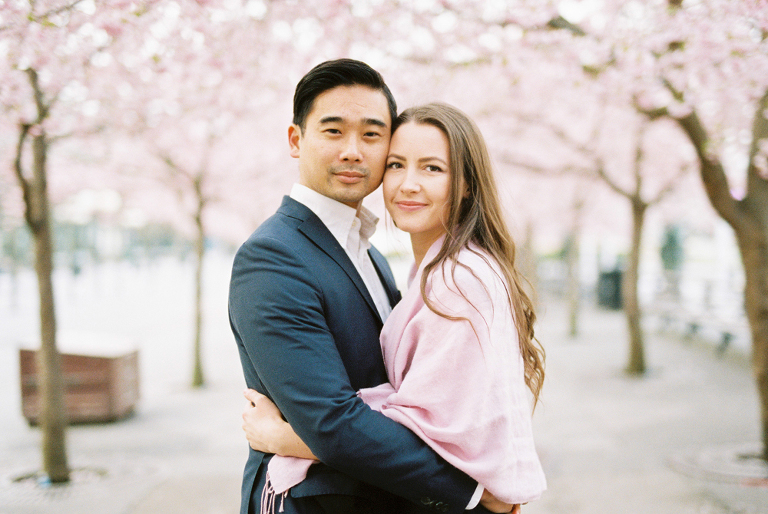 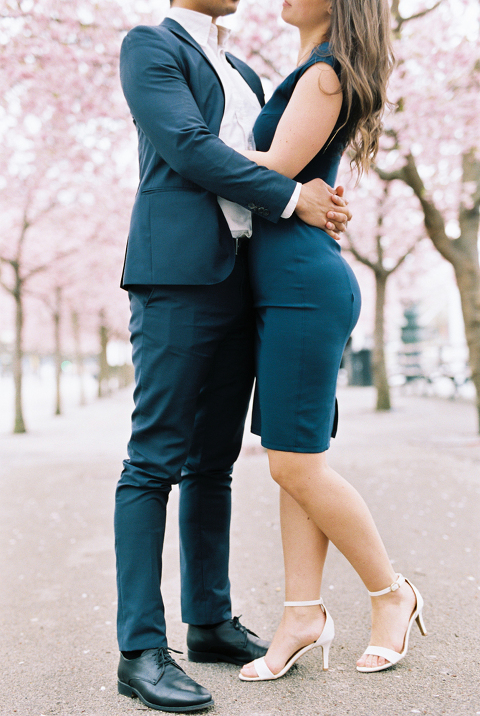 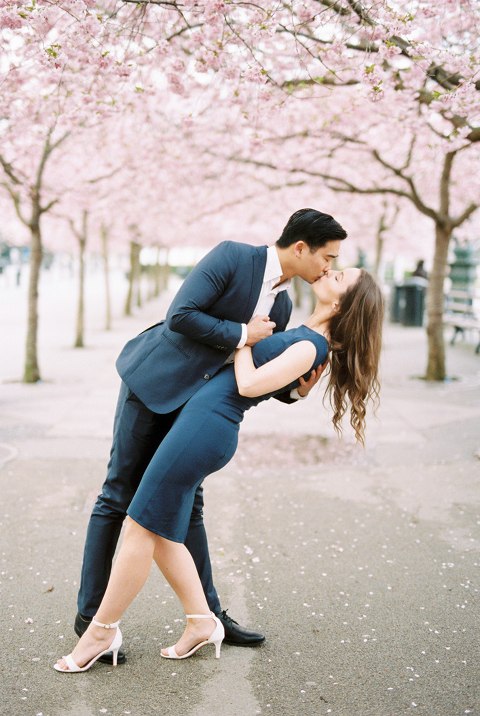 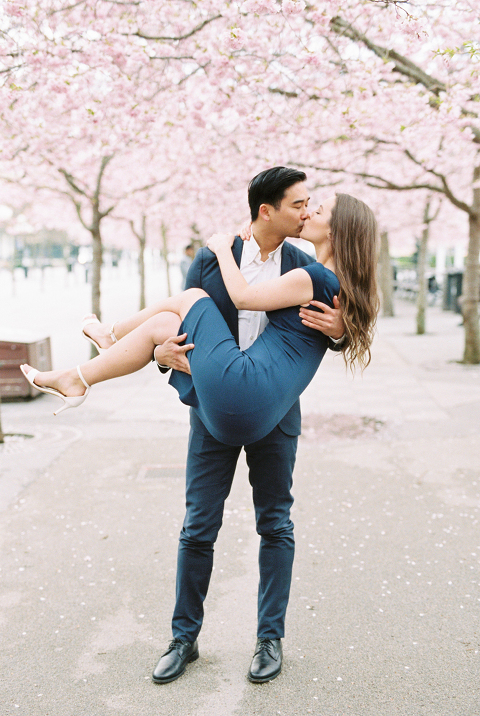 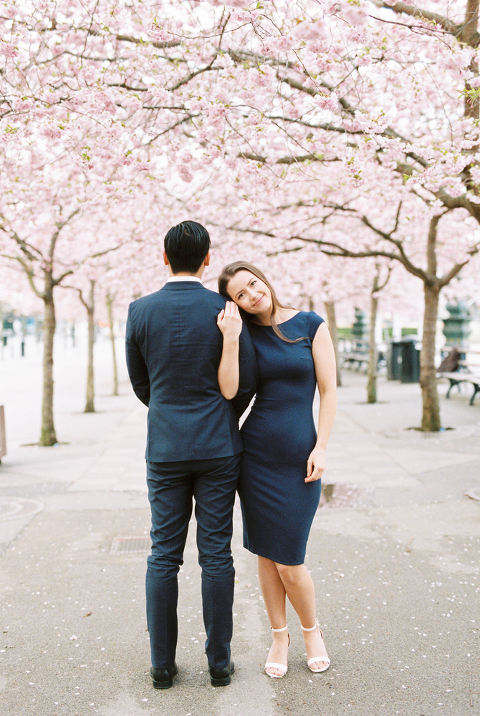 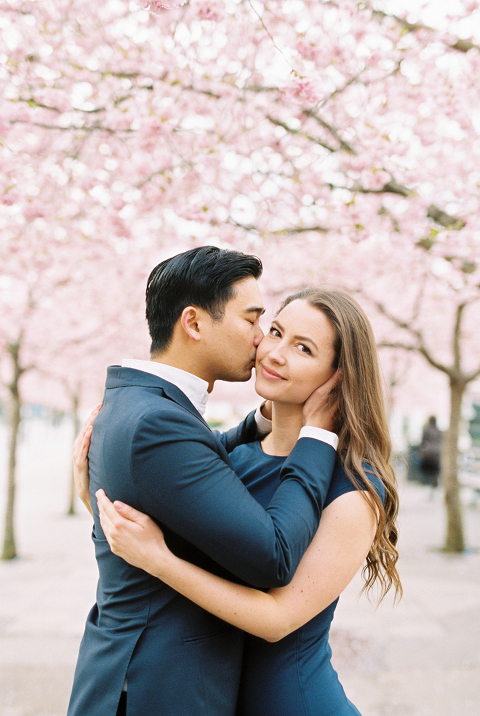 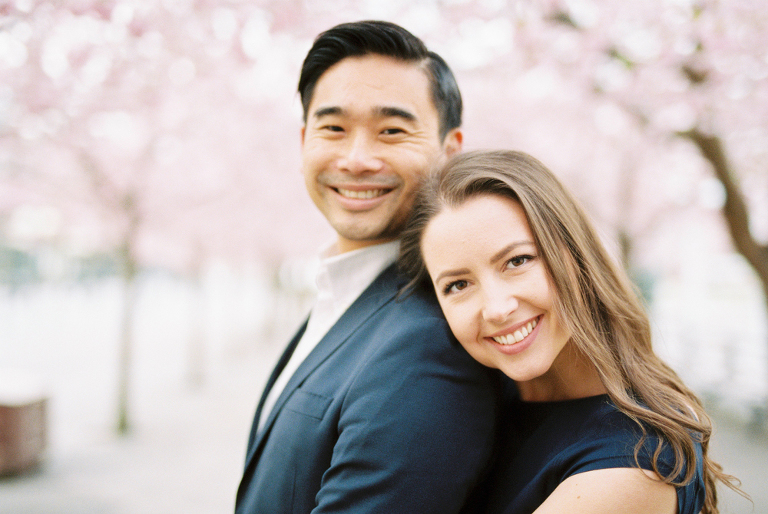 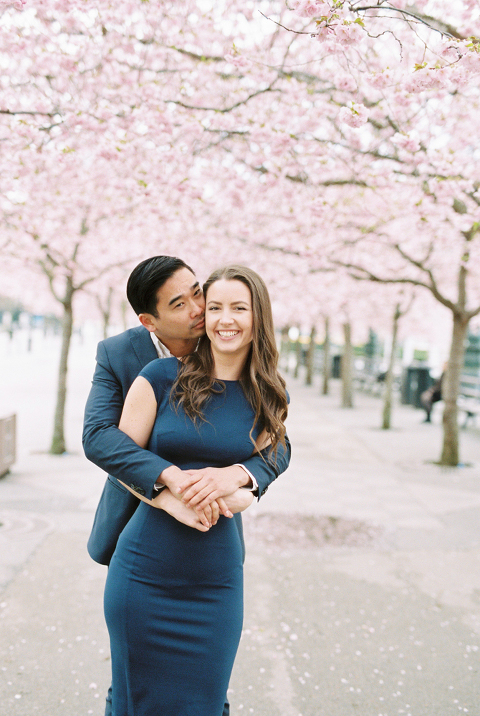 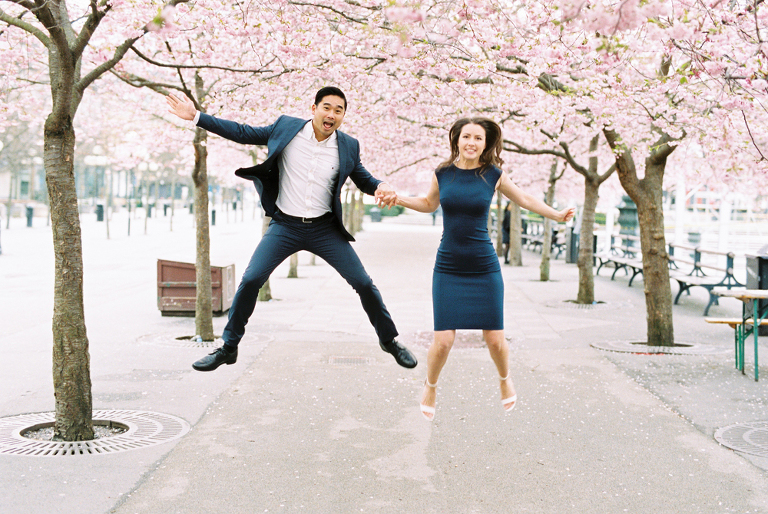