Country America is an extremely beautiful place. It has a kind of rural beauty that seems to rise from the rolling hills like a storybook fairytale. I travelled to this countryside to photograph some portrait photos in New Jersey for a gorgeous American family.

Jersey, it’s not all Casinos and Shores

Photographing portrait photos in New Jersey isn’t something I thought I would be doing when I first started travelling and making art. Even so, I get to fly to far off lands and meet fascinating new people. Two of those people I had the honour of meeting and working with are T and CD and One of those places is New Jersey. Who would have thought?

Sadly, the only thing I really knew about New Jersey is what popular culture had told me. Things like people from the Garden State saying they’re from New York, which New Yorkers apparently don’t like, and, embarrassingly,  Jersey Shore. Not a very flattering picture. However, I can honestly say that New Jersey is one of the most beautiful places I have had the pleasure of visiting. It’s green. It’s picturesque. It’s friendly. It’s like something out of a family friendly television show or a Norman Rockwell painting. It’s here, in New Jersey, that I got to know more about T and CD.

An Artist, a Fly Fisher and some puppies

Meeting this power couple is something of a wonderful experience. T owns one of the most prestigious Fly Fishing businesses in the United States, called The Perfect Cast, and CD is a working Artist specialising in on-location sporting artworks in oil and watercolours. It’s precisely their professions that make T and CD the perfect couple. I was honoured to be able to make some portrait photos in New Jersey with T and CD at their private residence. A gorgeous house, set back in the Jersey forest, down a gorgeous country tree-lined lane and backing on to a nature reserve. Perfect for two people whose life centres around nature.

T and CD have two game dogs and had just gotten a new puppy to add to their family. He was quite the curious George and was extremely interested in CDs studio and his paints. The love and affection that shines through in T and CDs portraits is immediately evident. Not just the love for each other, but the love for their dogs. They’re not just family members, they are also business partners so it made perfect sense that they would be included.

Because of CDs artistic tendencies, he even designed Ts necklace and had it made from the spine of a Salmon that T had actually angled herself on one of their many fly fishing expeditions. The two regularly take trips to places like Iceland and have many intriguing stories of their exploits to tell. A lot of their expeditions can be seen in CDs paintings, too, which are widely sought after around the world.

I used Fuji 400H pro 35mm film and a Canon EOS 1v to make T and CDs portrait photos, but I would love to see CD paint one of these portraits and give it his uniquely beautiful style. I think that would be a very interesting concept. I love seeing the same subject in different mediums.

I have learned that just a week ago, T and CD lost Chess, the dog posing so regally in the long grass below. Chess was so suddenly taken from them by way of a Rattlesnake bite while on a Quail Hunting Expedition in Georgia. Chess was an extremely friendly, intelligent and intuitive sporting dog and family member and he is sorely missed. RIP Chess. I know you’re up there in Doggy Heaven with as many treats as you can imagine. 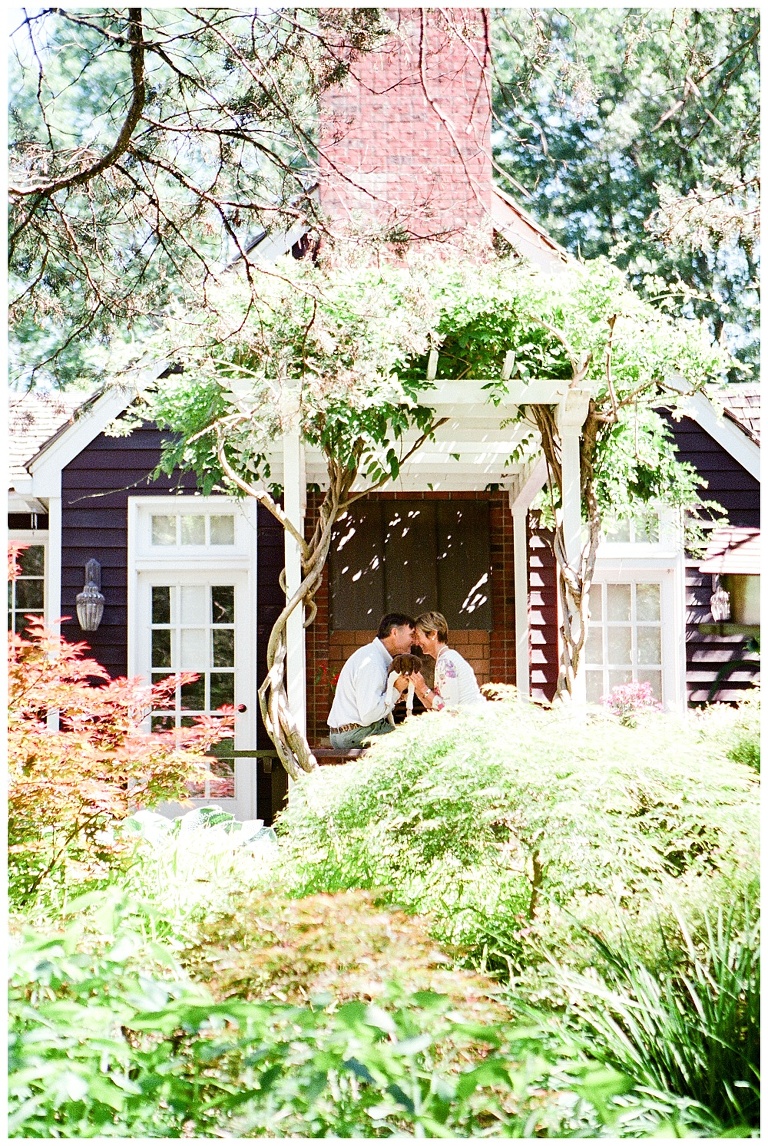 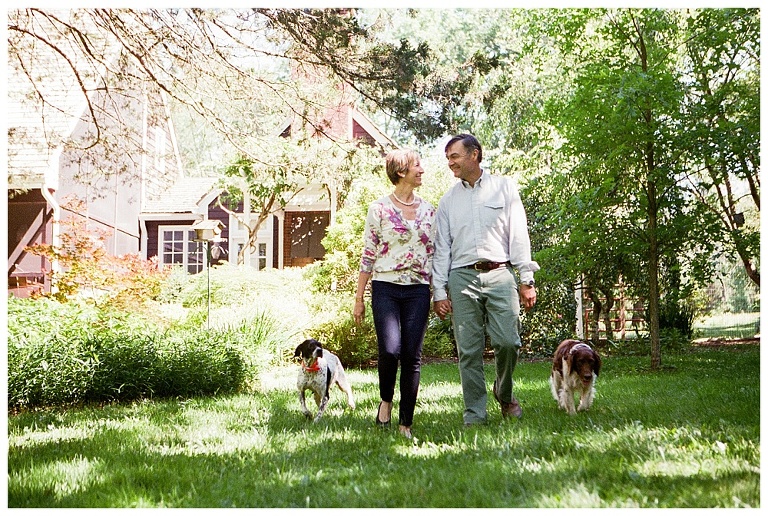 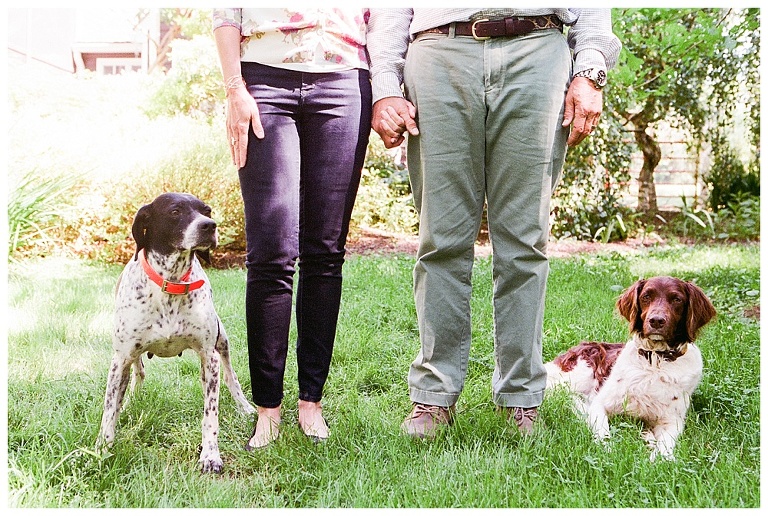 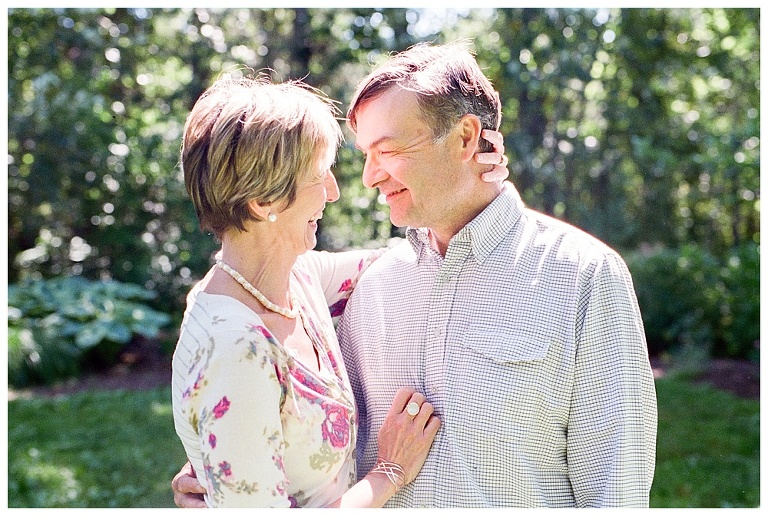 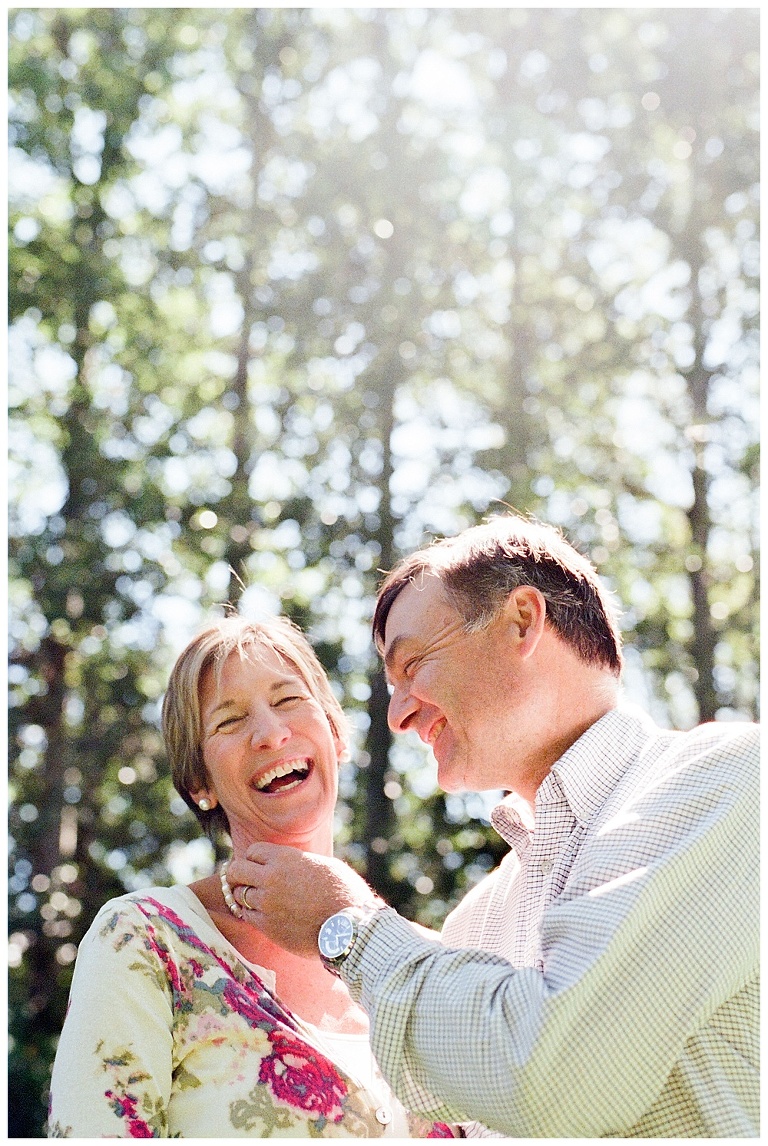 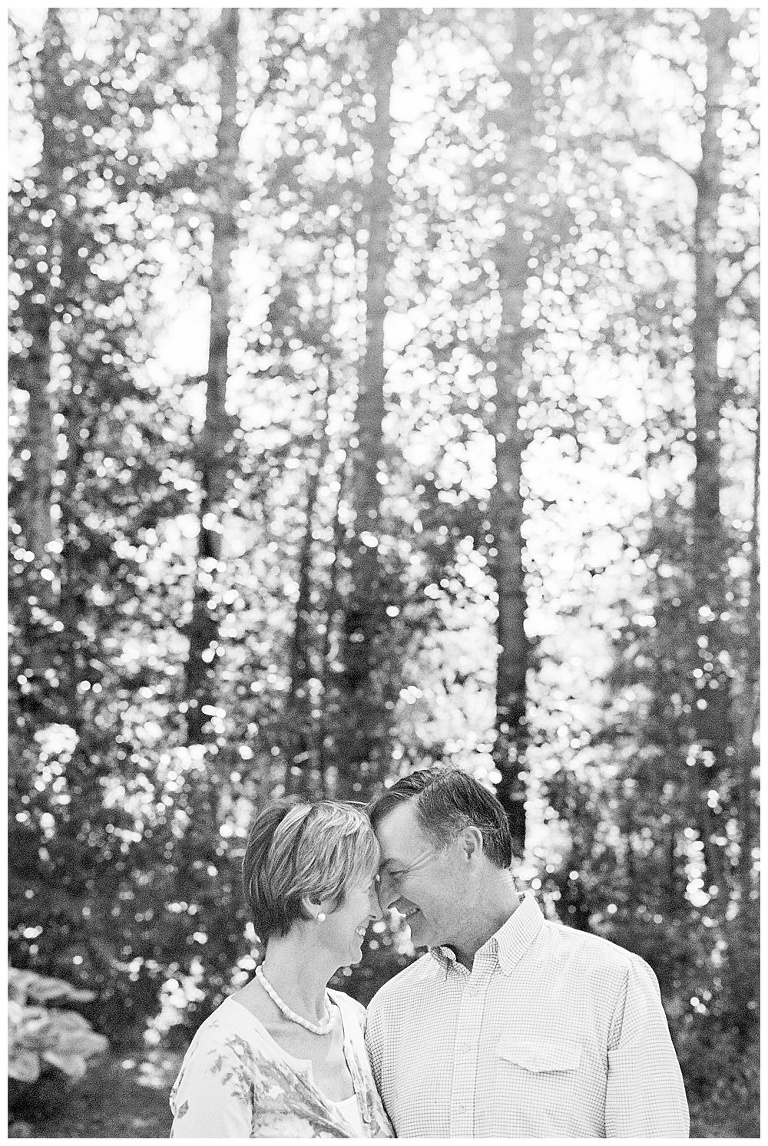 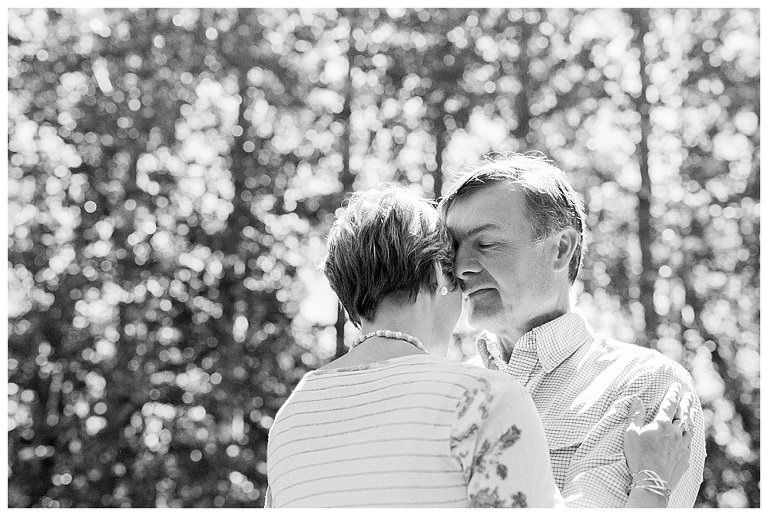 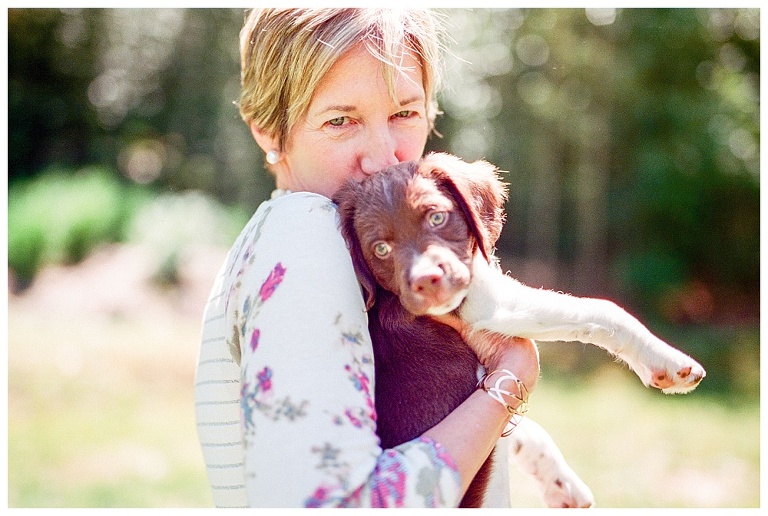 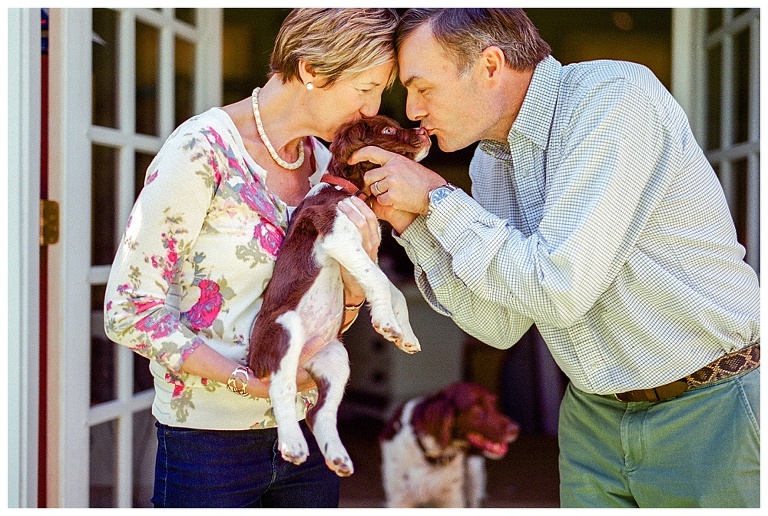 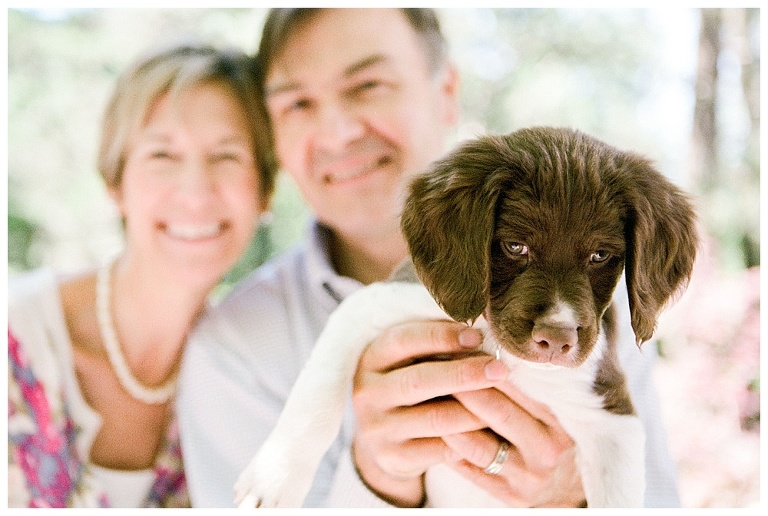 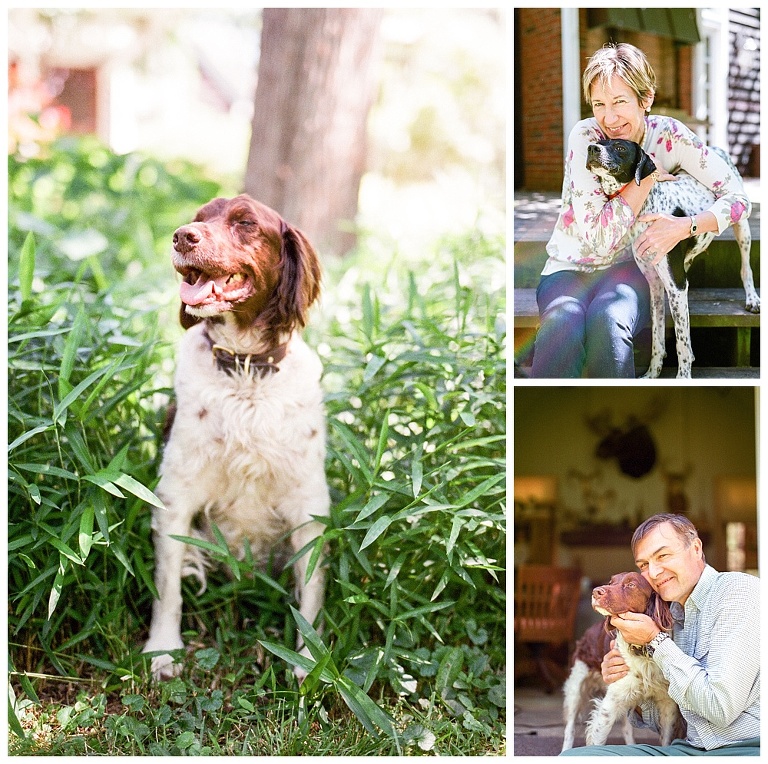 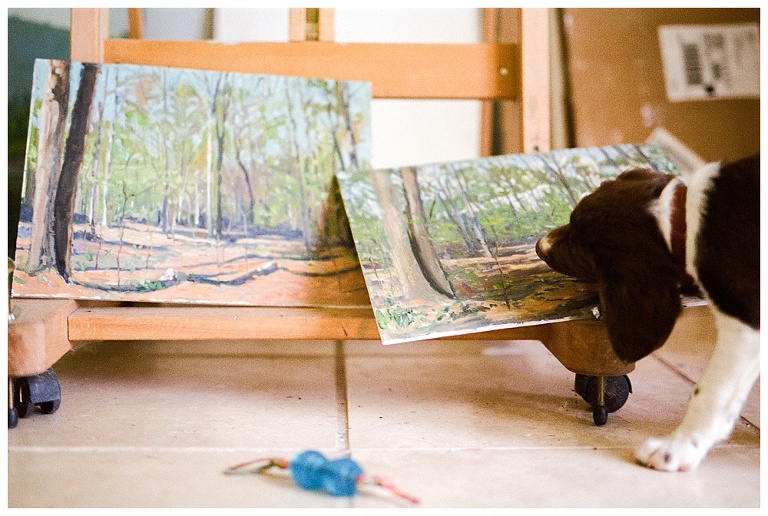 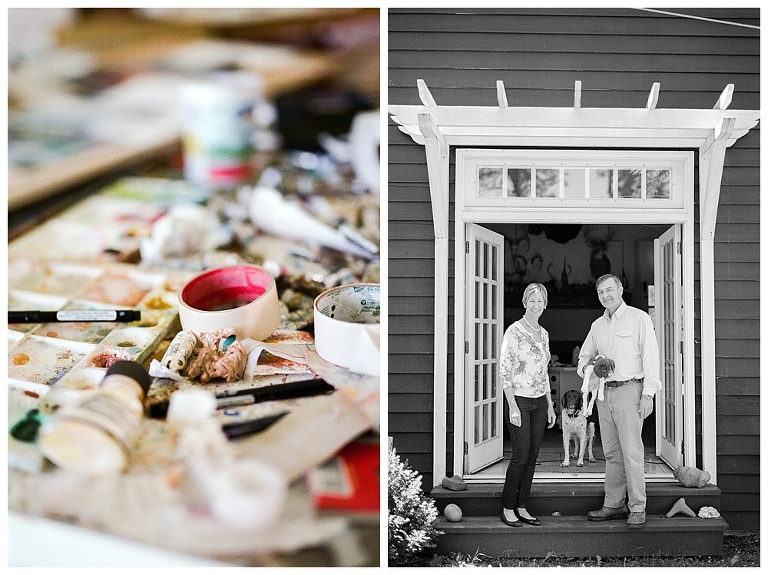 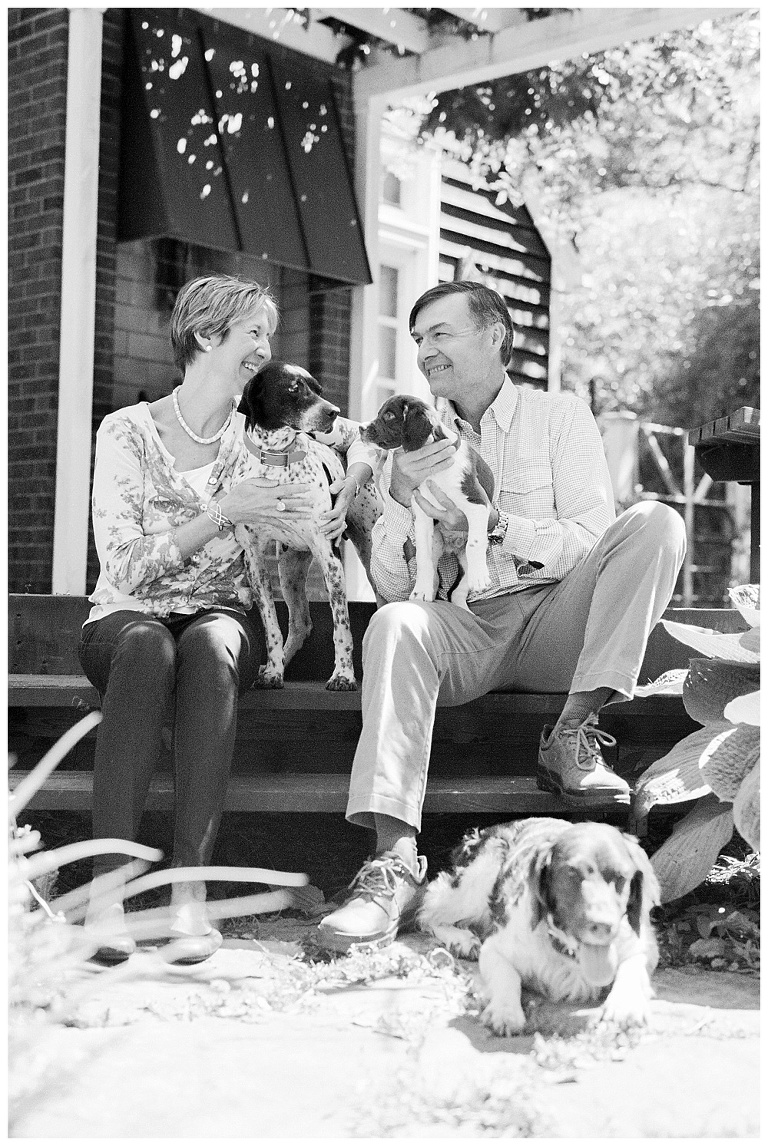